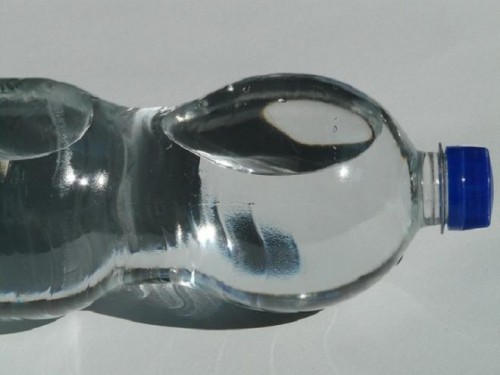 Many manufacturers stopped using Bisphenol A (BPA), an industrial chemical that’s been used to strengthen plastic products ranging from water bottles to sippy cups, more than 40 years ago after animal studies linked it to many potential health risks, including early puberty and an increased risk in breast and prostate cancers.  However, new research published in Endocrinology suggests “BPA-free” plastic products may be just as hazardous.

An animal study from UCLA found that Bisphenol S (BPS), a common replacement for BPA in plastic products, speeds up embryonic development and disrupts the reproductive system. Despite being touted by companies as a safer version of plastic, products with BPA alternatives may not necessarily be safer.

"Our findings are frightening and important," senior author Nancy Wayne, a reproductive endocrinologist and a professor of physiology at the David Geffen School of Medicine at UCLA, said in a press release. "Consider it the aquatic version of the canary in the coal mine."

Researchers used a zebrafish model to examine the effects low levels of BPA and BPS — equivalent to the traces found in polluted river waters — have on key brain cells and genes that control the growth and function of organs involved in reproduction. Zebrafishes have transparent embryos which make it possible for researchers to track their development of reproductive endocrine brain cells, which control puberty and fertility

In just 25 hours after being exposed to BPA or BPS the animals' physiology at the embryonic stage was altered. The chemicals caused the embryos to develop much faster and accelerated the fishes’ egg hatching time, leading to the fish equivalent of premature birth. The team also discovered that the number of endocrine neurons increased up to 40 percent, suggesting that BPA overstimulates the reproductive system.

Researchers believe these chemicals may also be contributing to the rise in premature births in the U.S. and early onset of puberty over the past couple of decades.

"Our data support that hypothesis," said Wayne. "If BPA is impacting a wide variety of animal species, then it's likely to be affecting human health. Our study is the latest to help show this with BPA and now with BPS."

This isn’t the first study to suggest BPA-free products carry similar health risks as products containing the chemical. A 2014 study found products using BPA alternatives cause a hormonal change that may in turn lead to cancer, diabetes, and obesity, especially in young children.

Wayne and her colleagues will conduct more research to determine whether overstimulation of the neurons that regulate reproduction lead to premature puberty and disruption of the reproductive system.